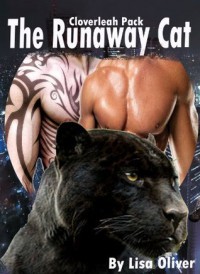 The writing is bad. It's clunky, awkward, and missing quite a few commas that would have made reading so much easier. The story itself seemed to have potential to begin with, but that quickly fizzles out and we're left with a whole bunch of blah and meh. The characterization seems actually characterization-y at first, but quickly devolves into painful caricature. I completely lost interest about half-way through because really, nothing happens except passive plot, and I kept waiting for something to happen.


Comment as I went, interspersed with a few holistic asides.

Honestly, the writing is shit. For a while, all I could really think to phrase it in terms of was a Simpsons reference (The writing was rough, the continuity was like bark. The punctuation was grrr.) Okay, the writing wasn't that bad. It was still pretty painful, though, I think because there was a glimmer of some potential there. It's consummate pulp, sure, but there's just a glimmer of something...I dunno, dark and meaningful and scary and powerful. For all that the prose is clunky, it does build up momentum pretty quickly. I kept glancing anxiously at the progress bar because HOLY SHIT I'M ONLY LIKE LESS THAN A QUARTER OF THE WAY THROUGH AND ALREADY EVERYTHING IS HAPPENING SO MUCH o_o.

And srsly wtf, what's with all these "I ain't a bottom, yo" books I've encountered lately? Then again, I have been reading slightly older M/M romance stories lately, so maybe it's that?

Eh, I dunno, actually. Maybe the bleakness comes from the pre-mass-LGBT-social-justice era...except wait a mo' this was published this year. O_o wtf? This sort of sheer subliminal sexuality-fueled despair feels more in keeping with, say, 10 years ago than it does today.

Eh. It built up momentum quickly, but that momentum doesn't really go anywhere. These characters feel...unrealistic. Like they're more caricatures of gay men than actual people.

But wow, this book. It's actually kind of scary. There's something just dark and sad and self-loathing-filled about it all

What the fuck went up with Asshole Kane? Like literally I glance away for a moment to add some more to this and everything just...180'd.

At about less than half way through, it devolved into clunky bullshit. Much sadness; it had potential.
Eh. The premise had potential. The story itself...
Okay, personally, what I expected/hoped for/think probably would have worked helluva lot better is if the shifter thing had been The Thing, as opposed to the gay thing. It's pretty clear the handler was dirty pretty early on, but I half-expected/hoped that it would turn out he found out about the shifter thing and had been gearing up to sell Diablo to Gregorio as a pet. The gay thing made it a bit too thinly veiled allegory; Bad Homophobe is Bad.

It's at once painfully cynical and unrealistically (dare I say, childishly?) idealistic and reminds me uncomfortably of the mentality of abuse victims.
...oookay, actual abuse.

I dunno. Maybe I've been spoiled with relative open-mindedness because of where I live and my relative age demographic?
Maybe I'm trying too hard to be make allowances for this mentality.

O_O HOLY SHIT WTF. Dude, Griff is like full-on abusive. Okay, this is not cute, cool, or awesome. holy shit holy shit holy shit O_O wtf
He totally disregarded Diablo's protests and steam-rolled over him and coerced him with sex. Okay, not sexy.
I dunno, it all just falls apart. I'll be hard-pressed to exactly pin down what it is that's bothering me so much about this latter half, but I'm just alternately uninterested and very deeply disturbed by the proceedings.

Edit:
Hahaha awkward, look at this, it has a 4+ rating. Wow. That's almost enough to make me doubt myself (like O_o was I just too sleep-deprived and cantankerous to appreciate the poignant subtly of the underlying genius of the -yeah no more literary bullshit.) Srsly, though, probably not. It was potentially good-ish at one point, which is a massive bait and switch, but I still lost interest before the halfway point, so there's that. *shakes head* Look at all these other reviews. Sheesh, did I accidentally read the wrong book or something? (No, I don't think so, all the names are the same. O_o I must have tripped and fallen into the Twilight Zone)
Tweet