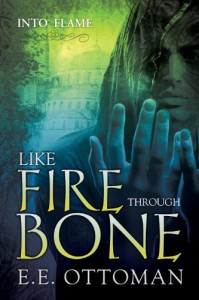 It could have been a lot better than it ended up being. Which is a damn shame.


The setting is pseudo-historical, with bits and pieces that don't quite seem to fit, but since it also appears to be fantasy later on, I'll let that go.

It took me a while to get into it. Luckily, it had a few quite evocative scenes early on that got me wanting to know more about Vasilios.

I think, throughout it all, Vasilios' character was very engaging. He's active, but passive, all at once, even, and so lucid that you don't excatly think he's a stupid idiot for making the choices he does.

I snickered a bit when it was revealed he was cut later in his life, so more manly looking and not so eunuch-y in appearance cuz clearly that's the author's modern-day sensibilities speaking or something, and it was a bit of odd OOC moment for me. I mean, the author does spin it as making him therefore not so valuable for his looks or whatever, but clearly he's got no problems drawing "suitors" where it matters still, so *shrug w/e. I think the main problem with that is it wasn't tied to anything else. Even a little casual cruelty from Damia-whatever his name is the son of the P-guy would have done it, after the P-guy died. Like, no, of course we're not going to sell him, he's too valuable, even if his appearance is less than satisfactory (but more nasty, you know). Just little bits of casual whatever would have made the thing about his appearance make more sense other than just probably inducing the readers to think, "Oh thank goodness. That means Markos isn't a creepy pedo who just wants to fuck little boys but settles for eunuchs."


One thing I will say the author did quite well was hinting at the possible fallout from Vasilios' "fleeing" from A-dude. Technically, I'm pretty sure Nereida brought him away and there should be something else, but I suppose if they're allowing A-dude to spin it, then he'd say he ran away. But the timing was good in that it reminded the readers it was still a relevant issue, as well as the perils of Vas' relative position, and also sets up the aftermath after the resolution of the plot.

After the resolution, though, things seemed rather...rote. I think the author tried to work it as if there was some sort of coming-of-age with Vasilios, but...that didn't really happen. He's still kind of the same as he was before. Sure, he did that thing with the thing -- somehow did something to the G-demon (so sue me. I don't remember names), but he didn't really exactly defeat the dude, and it more sounded like the Malachi guy propelled his body to do the thing. It made the ending rather kitsch-y, imo.

Actually, the entire latter part, after the resolution of the main conflict, was just...patently bizarre. I think it was the modern-day propriety exhibited by the characters. Whereas Vasilios was long-suffering before, he became a puppet, to be moved at the author's whim, and Markos, too, actually.

The sex was weird. There's no other word for it. I mean, sex usually is weird already, but this was just bizarre.

And then they start talking about Markos' kid. "'Let us not talk about Isaias any futher'" Oh hell yes stop it stop talking about his kid while you're having a sexy dinner scene.

It was good-ish, but then the falling action/wrapping-it-up section rendered it meh. There were stupid things all around (like if he's a really great scribe and can do sums really well and run households and shit, why does he despair about not having any marketable skills? Like did he conveniently forget he had all those skills and his mind skittered away from the idea of becoming a prostitute, so all he was left with was pointless despair? <-- author's fault; trying to generate further drama/tension after the drama was over).<br/>Also, basically every interaction with him and Markos. Like wow, clearly this is modern-day propriety coloring everything, and it makes it seem OOC and anachronistic, as it were.
The ending was inopportune. It ended in a stupid place. It just...ended. Just cut off. Just like that. and I also thought the characterization was off, and since it landed on that note, it screwed up everything else, too.
Tweet