The Affair of the Porcelain Dog 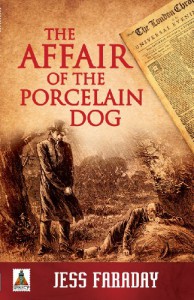 Maybe it's because Ira sounds like a Rose Tyler (that bitch) figure *shudders*. Like, you know, the Mary Sue figure who everybody trips over themselves to cater to when there is no good reason for everyone to want to fight for their sake "because they're worth it." Like, goddamnit, Jack Harkness, stop catering to Rose Tyler on the author's whim. I still feel like it makes no sense characterizationally speaking (that's probably not a word; who cares) and it's just the author's bullshit we have to deal with. Probably because there is fan bullshit they have to deal with (in part, apparently).
Tweet