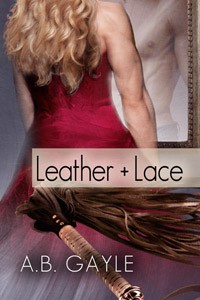 The acknowledgements got on my nerve a bit. It made the author sound like xe was trying too hard right off the bat. I tried to put it out of my mind when reading so as to not let my distaste for the way the beginning part of it was phrased affect my reading.


It's interesting to see the dynamics. Steve's been hurt, but unlike the usual sort of overtly "broken" past-abuse-victims you see, he's outwardly brash, determined, etc. Sure, the phantoms of his past (or whatever) still bother him, but he doesn't seem controlled by them.

Except he kind of still is, and that's kind of the mind-screwy part. Whenever he's arguing against Don regarding BDSM, etc., notice how he voices an opinion, then in the narration, says something like "my mother pointed this out" or "Rhiannon really believed this" or whatever? It's incredibly subtle, actually, and it didn't start really bugging me until ~34% in. Sure, it was weird, and I didn't completely agree with the things he brought up (but I knew it would be refuted eventually because it was part of his healing process and whatnot), but the thing is, he's being controlled by his fear as much as - maybe more than - say MC in Out of the Blackness is, and it's showing through the sublimation of others' opinions against BDSM into his own psyche. I guess that also shows how subby he still is. He's without a master now, except somehow everyone around him has sort of become his master.
In fact, it was Don who actually clued me into the above, when he said (I'm not staring at the blurb right now; I have no idea if this is a spoiler or not) "Julius did a real number on you, didn't he?" something like that.

Sure, Don's kind of subtly douchey, but he has a point.

Actually, Steve's facade makes the anecdotes about Julius all that more heart-breaking. You're not being constantly inundated with the H/C so you don't become acclimtized to it, which, now that I think of it, may have been my problem with OotB.

Don wins points for not being a complete douche-bag. He's a bit of one because he kind of assumes that Steve's just going to end up with him, which we, as the readers, are only allowed because we know we're reading a romance. As a character, though, Don shouldn't act as if he assumes so, even if that's his dom thing. Then again, that is his dom thing, so I didn't have a total problem with it, although it does get a bit annoying at times.


I just realized that this is part of the series of the first book I read and disliked. I have absolutely no idea how the two are connected, but I like this one a whole lot more than I liked the first one.
There's character here, and subtly, which is by far the awesomest thing you could stick in a story. It shows that you, as an author, take time to consider the details and also that you trust the reader to read for xyrselves. Sure, not everyone's going to get it, but some people will, and even those who don't consciously pick up on it might subconsciously pick up on it and it'll guide their thinking.
'nuff of that for now.

I even like Steve's dissection of events. It shows he's got a brain. It makes me happy that he does post-mortem analyses of events, too, cuz I do that.


And omg the thing when Gabriel started going off against drag queens. It reminds me of this thing I accidentally overheard about how even within marginalized communities, there is further marginalization of those who don't fit into the neat little categories created within them. And/or also minority marginalization. And it creates this ugly cycle.
And the thing about the Stonewall queens...I have a new appreciation for that now. Not actually sure why/what prompted this new appreication, but I remember when it came up on RuPaul's Drag Race - when they were supposed to drag up these, I guess, "Old Guard" gays (not BDSM, just LGBTQQIAAidk+ in general) - I kind of cringed away like, "Geez, these old farts. I get it, man. You fought for our rights, and we ought to remember that, but we shouldn't get all maudlin and shit, man." Man, was I an ignorant little shit. Much like how Gabriel's an ignorant little shit. (This wasn't even that long ago. Like last year, maybe?) But, no the new generation really shouldn't take things for granted because that creates over-inflated senses of entitlement, and we all know that's a horribly shitting thing to have and creates generations and generations of ignorant little shits who grow older and are still ignorant little shits


The ending kind of lost it a bit for me. The solution they landed on seemed like they were arguing semantics now, which I guess they kind of have to do considering Steve made his Vow and everything and usually when Vows are made, semantics are argued. Still. It seemed...eh. Like after all of that subtly cool stuff it was just...benign.
Still, overall, I did rather like it.
Tweet