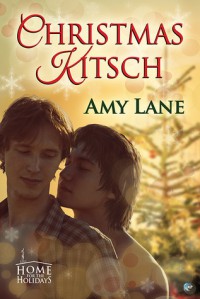 1/23/14
The thing about Lane's stories, I find, is I can't really sit and think about them. If I do, then it starts crumbling, at least a bit. I find that Lane tends to write MCs that read really young. The Algernon thing, for example, that I mentioned in my original review I wrote as I was reading, became more and more of a problem for me during post-read ruminations. The LI is also surprisingly flat; the focus is on the MC and the LI, I find, serves as more of a plot device to further the end of Romance than an actual character in his own right. Of course, I really love whump, which is why during the reading of, I went with it, but in post-read contemplation/dissection, I find that perhaps I didn't like the story as much as the whump would lead me to believe I did.

12/30/13
Omg. This thing. It's so much adorableness and cuteness and heart-string-tugging-ness and it basically has a lot of things I like and stuff.

One awk thing: I know Rusty isn't mentally handicapped, and he's not dumb or anything, but the way his voice is constructed kind of reminded me of the MC from Flowers for Algernon and so I was reeaaally uncomfortable with the sex scene.

After I realized Rusty reminded me of Charlie...it was one of those "cannot be unseen" situations.

It also got to a point where I kept expecting it to be over, except it never ended, and it kept going on and on and I was sitting there wondering why it wasn't over.

I kind of went away and did other stuff and was able to look at it a bit differently again.
But then right as I was re-adjusting, it ended again...

I think...I'll stick with a 4-star vote, even if it did get kind of meh towards the end-ish bit...
Tweet