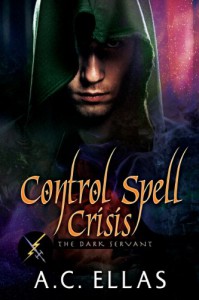 This series, as usual, is more of a serial than an actual series, I find, and is probably one of the most disjointed, nonsensical, fragmented, inconsistent body of work I've ever read. That being said, I do definitely read it as a guilty pleasure because gratuitous whump, as well as modicums of plot (yay!). It is pretty pricey, though, so I definitely don't think it's for everybody.

I have more to say, but it's actually more about the next one.

Below, as usual, are some comments I had while reading:
Yes, oh my god, this is so exciting! Rak's cognition is no longer that of a helpless slave. Hell if I knew how he got there from where he was the last couple of books. Still, I'm really happy about it.
Huh. It happened so fast. Was it really just because of their agreement, and once H-dude brought one one too many person just for the fuck of it and apparently voided their agreement, that was it? Wow.

And then it gets all dark again. D: I need more levity at 4 in the morning.


And I'm glad I read the #0 before this one. Now I know Tyll so much better. Although he's not coming back until the next installment, according to le blurbs.


Aaand I am saving this for later. 4am is not a great time for Dark Servant, not for me.
Tweet