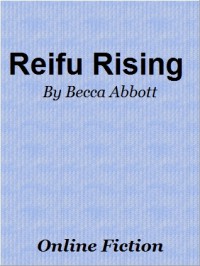 I liked parts of it but I think mostly disliked most of it. It's got that classical yaoi rape-love/rape as a vehicle of romance thing going on. The rest of the plot I was rather indifferent to. It was additionally frustrating because the universe, I though, wasn't well explained. I was left with too many unexplained fabricated-- *ahem* foreign words and concepts that I was, apparently, supposed to take for granted.

I really wanted Loki to bottom, and not as punishment-rape. But of course, he's a seme, so there's no way he'd become an uke. This is, after all, heterosexualized. It would be ridiculous, after all, to suggest that Sid might top. You might as well claim that a woman might top. *snorts in disgust*

The ending was, in my opinion, a big stupid cop-out. Rushed, petty and vindictive, and pretty pointless-seeming.
Kind of like the rest of the story. No, I'm joking, a bit. It wasn't that pointless-seeming. ...not really.
Tweet