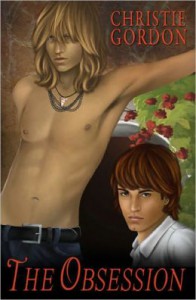 And is it just me or is the nipple placement reaaally weird?

after attempting to read it
This almost reads like someone who has no idea what "real university" looks like. Either that or they generalized it so much all of the specific nouns got lost in generalization.
Edit: no, definitely has no idea what a "real" university is like. see below

The reason this is a big problem is because I go to "a Santa Barbara university." I don't really know what other universities there are in Santa Barbara...well, that's what Google's for!

Hmm...I'm going to say it's Antioch University, cuz it sure as hell don't remind me of any place I know of on campus here. I mean, a senior, living on campus? If he were in UCSB, why hasn't he moved out to IV. And I don't remember much Spanish revival architecture on campus. Not saying it's not here. I just can't think of anywhere close to any of the dorms that might have Spanish revival architecture (at a school? Seriously? Our Psych building looks like a prison). I'm just going to say "Antioch," cuz I guess it's possible they'd have Spanish revival architecture (though that sounds more like a down-town SB/Goleta thing than a thing that would be on campus. Why would they pay for an architect to design a fancy-shmancy building to house classrooms? I mean, just pause a moment and think about it. Classrooms)

Is Big Fred's a real food place? Because I know of no Big Fred's in the vicinity, and neither does Google.


Tristan's got major issues. First off, his mother named him Tristan. Clearly, she was either delusional or hated her child. Yes, yes. Tristan is the kind of name you name characters. You don't sit and think, "huh. I'm implying some parent named their child this." No, you just go "welp, this sounds like a coolish name. That one it is." Still.
And then he basically starts touching himself in class? I had to go back and look at that again just to make sure I was reading right.

The first couple lines sucked. They were going for a pseudo-shock factor that kind of made no sense and colors everything else Tristan does as a form of self-destructive behavior and self-hate.

Just realized his dorm's apparently a 20-floor building. Twenty. That's fucking huge. That's a fucking skyscraper. Are there even skyscrapers in Santa Barbara?

I'm cringing because there's just so much about the campus descriptions that make no sense to me. Why does NAU get a name if this mysterious, nonsensical "Santa Barbara university" doesn't get one? The worst part is, a lot of people are going to assume this is UCSB, which means they're probably going to assume we've got all this fanciful Spanish revival architecture and mission-style buildings and idyllic bougainvillea everywhere.


Doesn't help that Tristan reads like he's got some sort of sexual dysfunction.

The writing's pretty scattershot. Things kind of progress quickly. They don't develop, they happen in quite quick succession.

The typesetting of the version I have is horrible. It's in some sort of odd narrow font that does nothing for the readability. Add that to the writing and, uh, interesting characterization of Tristan...

It just didn't do it for me. The SB university thing aside, the characterization was scattershot and random and kinda creepy because it was so erratic. Collin makes no sense. Everyone who isn't Collin or Tristan were so ignored by the author that they made no sense, even as NPCs. I didn't hate it, but I was quite wholly uninterested.

And there's definitely something wrong with the cover dude's nipple.
Tweet