A Change of Tune 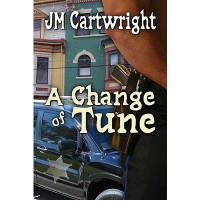 Johnny is such an airhead twink. A flamboyant, absolutely flaming sub twink. Like you would not believe.

The writing ain't great. It ain't horrible, but it ain't great. Parts of it are so explicitly written it doesn't seem much like narration. A description of narration, perhaps, but not actual narration.

And it appears that baby stories are the current trend. (I mentioned before that when I read something and remark on it, the next few books I read also sometimes have whatever it is. Usually trends at least three. Once it was facial [burn?] scars. Another was ghosts of dead lovers. There are probably more but that's all I remember off the top of my head.) Right now, it's babies.

The "Don't call me Mr. ___; that's my father" thing is really cliched. Coming from these people, it was rather intolerable. A load of hooey and gimmicks, and then cliches on top of that?
Lord save us all.

Then we get our ostensibly emotional and moving speech. *sigh

And of course, the MCs, having gained happiness of their own, must play matchmaker.

I'm going to say this again.
God. Johnny is such a woman sometimes. Not as badly as Peter in Sean Michael's First Steps was, but geez. Sometimes it goes beyond the realm of flaming and into "chick with dick."