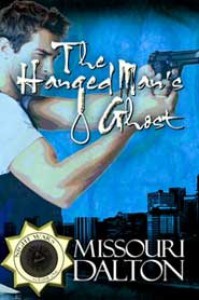 I was expecting something like A Haunting and got something a little closer to Psy-Cop. Kind of.
*edit* Just kidding; more like Supernatural before they go all fantasy with the angels and demons thing.
Apparently with a bit of Alex Rider thrown in.

It got to a point where I kept expecting the book to end an a one=liner directing me to bk 2, but it just kept going on and on.

There sure as hell is an aweful lot of drugging going on.
I thought I was hallucinating about the Supernatural thing, but then it turns out Jack's real name is something something Winchester.

By the end, I don't know if I could stomach the idea of more of this universe. It was like reading three books all in one.

There were parts I liked, and then parts that were really long, and the rest of it kind of ran together...


Everyone has the same goddamn names. Emily, Jack... There are probably more. I feel like I've been seeing the same few names in these ghosty-type M/M things that I've found lately and it's damn confusing.
Tweet