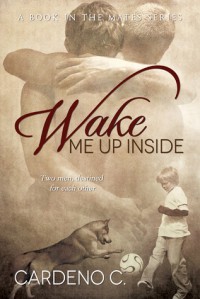 I mean, flashbacks are painful enough as is, but it's also got stupid, overly pointed lines (*cough cough* "'If I didn’t know better, Blondie, I’d say that little comment was just an excuse for you to once again point out your higher grade point average. Even though it’s only higher by two hundredths of a point.'" There was literally no need for that line. It sounds like the kind of stupid thing people say when they just want to hear the sound of their own voice).

I guess I must have something against flashbacks as a plot vehicle. I mean, I'm guilty of wanting to use them in my own dabbling so that everything is revealed exactly as it needs to be, but reading it does nothing for me.

It was good, and then it got to a point where everything Zev went on about was wangsty, and then there was a point when I didn't see why there was a problem other than people not getting their heads out of their asses and making things that weren't problems into problems. I looked over at the scroll bar in the pdf file and realized I wasn't even half-way through yet.
*insert head-desk here*

In short, there's probably a good story in there somewhere, but I got tired of waiting for it to happen while sitting through pages and pages of what was either blah or nothingness. Perhaps both.
It kind of felt like reading Inuyasha. It's all good and fine if you're following the series as it's being released, cuz you basically realize there's a new chap every month and go "eh. I might as well read it" and it's fine because it's one chap at a time. All at once, though...
You just want 'em to cut to the fucking chase already.

I do want to try it again, though, one day. One day far, far into the future.
Hopefully I can actually get through it this time.


The cover is interesting. It looks more like the cover of a historical than one of the werewolf-subgenre stories. I feel like I've seen the stock photo for the hug before, but not in sepia. Maybe I'm just thinking of other hug covers...
Tweet