The Practical Guide to Trying Not to Die 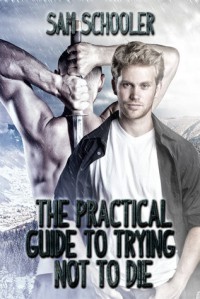 ...is it just me or did it kind of cut off instead of actually ending?

I mean, deus ex machina aside, it ends with the literary equivalent of a video montage. I mean, video montages are the worst ways to end video games. You come all this way, just to find out there's not more, and the bastards who made it expect you to buy the next one to figure out what all that obscure bullshit they stuffed into this one means.

The world's pretty cool. The characters aren't bad. There doesn't seem to be much by way of romance (they seem to act like they're getting together because Fate said so. It seems quite rote.) The way it ended was horrible.

Other than that, I guess it wasn't bad.