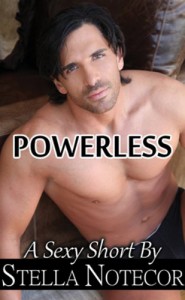 I liked it. It was short, and it was more sex-focused, but there was still enough background that the characters came alive so that this read as more of a slice-of-life than a simple erotica fic.
Tweet 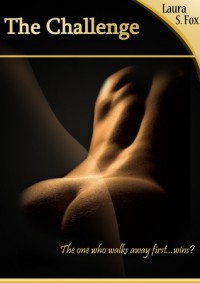 ...Does this seem familiar because I've actually read it before and this is one of those in which my review mysteriously disappeared from Goodreads (or I forgot to put on GR to begin with)? Or is it because the cover stock image is a dead ringer for that of [bc:A Strong Hand|6397121|A Strong Hand|Catt Ford|https://d.gr-assets.com/books/1327995951s/6397121.jpg|6585796]? 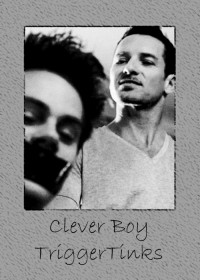 I guess I don't feel too horribly invested in it... *shrug*
Tweet 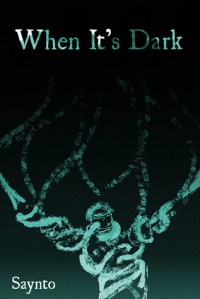 All sorts of dark delicious tentacly goodness. It's a bit of a mindfuck, but it's a strong character piece.

From a more objective point of view, sure, I want definite answers as to what exactly went down, but that's part of the atmosphere, that the MC - from whose POV we read - really has no idea what's going on.

It's not a romance, sure, but it's a great piece of tentacle-fueled fantasy and has more plot to it than a lot of others seem to.

Copy received from author in exchange for an honest review
Tweet 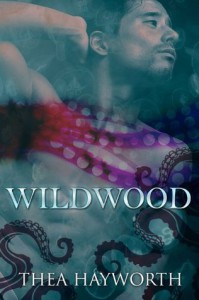 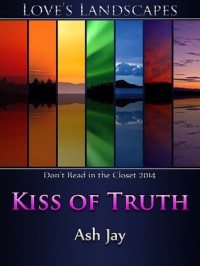 Not bad, but also nothing really special. Some niggles here and there, but I don't feel like investing the energy into elucidating.

Still, a valiant effort, and I suppose it does fill the prompt.
Tweet

Blood In The Water 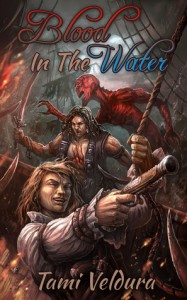 I couldn't connect with the characters. Something about the writing style is just incredibly confusing. I had a hard time figuring out which character was whom at first, and then after that, the clearly delineated fast-forwards was weird and disconcerting. It was like AC 1 when you do a thing and then suddenly: *flat female voice* "fast forwarding to a more recent memory."

I also feel like the plotty stuff got away from the author a bit, grew and mutated and fuck knows what else. But eh, mostly I couldn't get into it. *shrug* YMMV
Tweet

Of Gods and Monsters: Menoetius 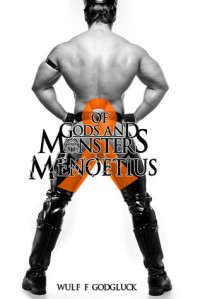 O_o it started off all tender and stuff in the prologue and it was nice, but then from there it descended into a clusterfuck Wonderland-madness idk what.

The Tarot part was cool; I really like that sort of mystical stuff. The reading seemed semi-legit, too, which was cool.

But then...okay, MC is a complete asshole. Like there's no way around that, he's an abusive asshole. And he's not even "together" with the LI yet!

And then Beo's got this mystery disease. Did they ever say the name of it? I don't think I ever saw it. ...so, that's another wtf and "why" element.
I think it's Huntington's, though.
Edit: oookay, apparently it's a kind of cancer. ...how is there a psychological element to cancer? Can you pray the tumor away?

Eh. The bad outweighs the good for me. Everyone wants to fuck LI. We get it. It's gotten old. MC is an asshole, probably soon to be reformed asshole. Other people happen. Terminal Illness happens. I'm waiting for someone to go into a coma and father three children while in said coma. 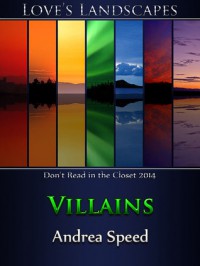 Author tried too hard to subvert the prompt, so all we ended up with was a whole bunch of meh. The writing in and of itself is rather rough, too. The mentions of possible psychopathy seemed rather random and frankly, disingenuous. Sure, the LI may have developed some APD tendencies throughout his years and the various shitty events he's been through, but to go so far as to doubt whether he can love because of an inherent trait? Not buying it.

I mean, author did create a concept and universe, but too much of it was info-dumped on us instead of being slowly revealed like a blossoming flower. As I said, it felt like the author as trying to subvert the prompt, for whatever reason, but it rendered an edgy dark-fic concept into a pseudo-dystopian blah. Not much happens, actually, which I wouldn't have minded if it were a strong character piece, but it wasn't *unhappy*

Also, fairly certain Dark Justice is a Dark Knight parody. Not that I mind too much; that was sort of amusing to see. 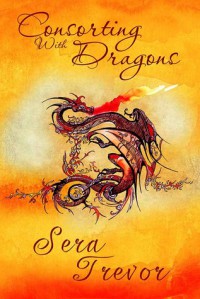 No, but you don't understand. This story. It has dragons. And also, the dad, sure he's the root of all evil, but it's because he's genuinely a bumbling fool and not a malicious asshole. And like MC is self-aware enough to realize he's attractive and that attractiveness is a commodity/asset. Not an ingenue.

The beginning kind of reminds me of Gail Carson Levine's (or is it Levine Carson? gdi I can never seem to remember for sure which it is) Princess Tales. Specifically, the Princess and the Pea retelling one. Goodreads tells me that one is called The Princess Test. But anyway, wow, that brings back memories.

And you know what? I'm a sucker for supernatural soulmates.

I about imploded when I discovered that men in corsets was the height of fashion in the Big City Fancy Schmancy Court.

AND TIGHT PANTS. Er, breeches. Okay, but like panniers and huge-ass hair... I must have tripped and fell into Marie Antoinette France omg.

And oh, my god, it isn't The Princess Test. It's Princess Academy, along with the same overblown flower analogies and metaphors and whatnot, and if I say Princess one more goddamn time it's going to stop sounding like a word. Gah. Too goddamn late.

The king's name is unfortunate. Rilvor. I keep seeing Rover. I mean, if the O were a Y, then it'd be better, for me personally, cuz then I'd mentally pronounce it "Ril-VEER," which is better than "RIL-ver." But *shrug* YMMV

Polina is kind of like Cutthroat Bitch. Er, Amber.

I dunno, I could go on and on about the meta, but I'm not in the mood. I just want to sit and ride this out cuz I'm feeling all mellow and shit, ya know?

But omg I got to the end and got all panicky because of the HFN quality of it. I stared at the doc with trepidation before finally daring to press the side key (next page), then breathed out a huge sigh a relief, because there was a blessed epilogue.

As my idiot brother would say, "eight out of eight, mate. No hate or debate" (dear god I want to strangle him).

One big mystery still: what exactly is a dragon's tear? Is it dragon-made? Or is it just a gem that people call that? D: Teeeelllll meeeeee D: 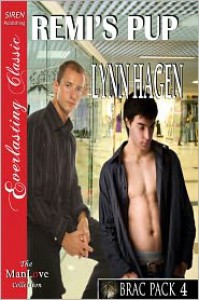 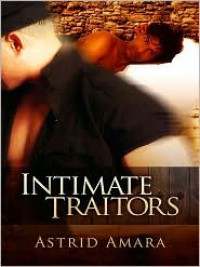 The author's propensity for describing characters in terms of their energy is odd and disconcerting.

It's not a bad piece. Solid. I really want a sequel/fanfic in which Armen deals with PTSD.

personal so is this kind of like tumblr? how exactly does this work? miscellaneous musings

No Enemy But Time 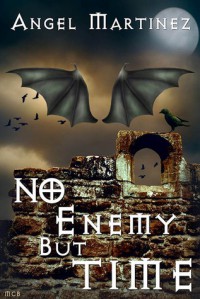 In the end, I wanted to like it more than I did.

You know, for a pervading sense of darkness and unease, there were a few times where it's identified and described quite abbreviatedly and definitely. It took a too-large step forward too quickly, and then tried to backtrack and build tension, but too much was revealed too soon. Kind of like what's happening with Michael, actually.

But yeah, it rushes to get to the meat of the plot when it could have done better with holding back some more, building up the tension, letting the scenes play out instead of rushing to tell us what happened and how.

The concepts do appear quite intriguing, though, and the moments where the authors shows us what happens are good, but there's just too much telling us that oh, this happened because this, and because of this, this was the result, and then after thinking about it, MC decided this, and so that's what MC did.

What a shame. So much potential...
I guess that means this concept could do with more time for the author to mull over it, flesh out a great portion of it, find the pulse of the story and weave the subtlety in the reveals.
Tweet

I'll Be Your Man 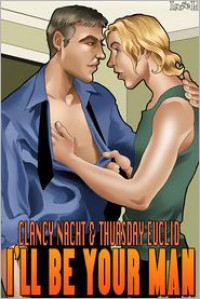 What a crock of patronizing bull. This isn't a story. It's a parable. It's an excuse to pedantically lecture the reader by proxy. Long-suffering daddy dearest having to live through all the abuse he gets from his horrible, horrible son; why can't you be more like your friend here? Thanks, but no thanks.
Tweet 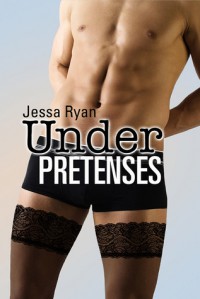 This was bizarre in that the prompt was there, and it was a big-ish part of the story, but it didn't dominate and often seemed to take (*goddamn it what's the idiom* second wheel? no, that doesn't make sense goddamn it) it's like there in the back of your mind but more of an "oh, yeah, and then this thing" sort of thing.

But man. Muscular men in lingerie?

I'm with you on that, MC.
(oookay that's not the typical me gusta face. Damn you meme generator. Ah, fuck it. Whatever)

I mean, it was bizarre and the resolution of the prompt-plot was a bit rushed, but overall it wasn't bad.

But man, I really want Taylor and Sam to be happy and gay together >.< Sequel?
Tweet
« previous next »